When I found out that I had been accepted for a JFAO exchange, I was so excited and nervous as it was my first trip to the other side of the world! But shortly after this news I found out that I wasn’t going to be the only JF in Wales at the time, Kurtis Smith had been excepted for an exchange to Wales too! To start with we had to spend several hours traveling by train to get from the Heathrow Airport to our first destination, Penybont, Wales. We spent the first night at Jolene and Ben’s, who are good friends of Mike Sproxton. Everything felt very surreal as if I was in a dream as the land was so compact and detailed. Our first night was in a 700 year old house with a barn attached! We toured around Jolene and Ben’s family farms looking at the hen hatchery, sheep shearing barns and many landscapes. Wow, I’ve never seen so many beautiful rolling hills, marked out by many sheep and tall defined hedges. That first feeling of sitting in the passengers seat in the opposite side of the car was one to remember. Then going for a drive in hatchbacks and volts wagons on the opposite side of the road, curving around hedges taller then myself on little gravel paths was unforgettable!

For my second night in Wales, I got to meet all the other exchangees that were going to be hosted by YFC during the next two weeks. We all met at Highgate Accommodations in Newtown, Wales and got to know each other and then headed off to our hosts for the first week of our exchange. I stayed with a welcoming family in Llanfair Caereinion, Montgomery county on their 300 herd dairy farm. They had a rotating milking parlour of 50 and many acres of rolling hills. I got to herd cattle miles away from one field to the next, down their narrow gravel roads. I spent a few mornings helping on the farm by milking and feeding. Alun, Catrin and her friend Rhian showed me around their farms on the 4-wheeler. We spent relaxing nights meeting up with their local YFC club at their rural pub called the Goat Hotel where I enjoyed some famous cider! The Montgomery YFC club which had close to 500 members total took me around Mid Wales exploring many popular sites such as Powis Castle, Gregynog, Lake Vyrnwy, Oswestry Market, an Agricultural College farm, local shopping and scenic landscapes. Llanfair Caereinion YFC was able to show me their natural abilities threw a play they put on for their rural public school for 3 retiring teachers. All I can say is this counties got singing, acting and dancing talent!

For my second week I spent 4 nights at the Young Peoples Village battling hot days and cold nights with the other fellow exchangees! During this time we spent the days touring the Royal Welsh show which is the largest Agricultural Show in Europe and we enjoyed watching every type of livestock possible on showcase. We saw the Young Farmers clubs competing in a variety events such as rugby, tug of war, dancing, singing and sheep shearing. We spent part of our days at the International Pavilion where we met many other travelers and were able to share our traveling stories.

My last few days of my exchange were spent on the Mid-Wales/England border in Shrewsbury. My host Sarah Vaughan was the county organizer and we traveled around north wales visiting the beautiful Ludlow and Harlech Castles and went to the top of Snowdon Mountain by train, the highest mountain in Wales! After spending two weeks in Wales, I can definitely recall many stories, amazing experiences and share lifelong memories. We experienced the best weather, only 2 out of 14 nights total it rained throughout my entire exchange! I would recommend this exchange to any JF member as the Welsh are brilliant and would make anyone feel right at home! I want to say thanks to my hosts, Llanfair Caereinion YFC, Mike Sproxton and JFAO for this exchange opportunity! 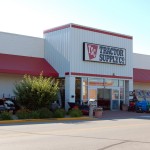