The 2016 edition of the Junior Farmers’ of Ontario (JFAO) Winter Games took place on Saturday, February 6, 2016. 170 Junior Farmer members came from counties across the province to take a walk down memory lane with this year’s theme of “Come Inside the Polka Dot Door”, reliving their fond childhood memories of games, cartoons, and characters. The Middlesex Junior Farmers were this year’s hosts and planned sports, activities, games, prizes and tons of fun for everyone involved.

The games were held at Strathroy District Collegiate Institute in Strathroy. The five gymnasiums kept the 16 teams busy all day as they rotated through basketball, volleyball, floor hockey, dodgeball, badminton, and indoor soccer. Each team played each sport twice and then playoffs took place to determine the winners. Teams were excited to learn that indoor soccer was to be played with Zorb balls, though many members simply enjoyed running into each other!

Upon arrival at the games, teams received a Rubik’s cube to solve and 5 words to incorporate into a cheer that was presented at the end of the games to score bonus points. An impressive 8 clubs completed Rubik’s cubes and the cheers were quite entertaining! Teams enjoyed getting all tangled up with their opponents in some intense games of Twister as the mystery event. Special kudos goes to the Kawartha Care Bears and the Carleton Smurfs for their spirit during the games.

After the games, teams had a chance to return to the hotels in London to rest and prepare for the dance. The dance was held at the Dorchester Youth Optimist Hall and to go along with the theme, participants were invited to dress up as their favourite childhood character (book, movie, TV show etc.). The costumes were great and highlights included Oscar the Grouch, Bob the Builder, the Toy Story gang, Polkaroo, and many other favourite childhood characters. Costumes prizes were awarded to Sharon Ruiter the Cookie Monster, who handed out cookies to everyone, and to a group of Teenage Mutant Ninja Turtles from Renfrew. The childhood-themed night would not be complete without the late meal of hot dogs and macaroni and cheese. Those in attendance will not forget the impromptu hot dog eating contest that took place afterwards with Matt Smith coming out on top eating 8 hot dogs the fastest! Everyone enjoyed dressing up and taking pictures in the photo booth and two-stepping the night away!

The results from the day were announced at the dance. For the sports, the winners were Zorb soccer: Wentworth-Niagara; Badminton: Kawartha; Volleyball: Carleton; Floor hockey: Kawartha; Dodgeball: Kawartha; and Basketball was a tie between Peterborough and Wentworth-Niagara. The team from Dundas, Durham and University of Guelph were the winners of the Twister mystery event. The award for the best twitter spirit went to the Wellington-Waterloo team. Carleton had the best cheer. After much anticipation, the Wentworth-Niagara team was crowned the overall champions of Winter Games 2016!

Finally, the games came to an end as members headed home, a little sore but with tons of memories of this weekend of friendly competition, meeting new people and reconnecting with friends from across Ontario! 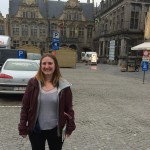 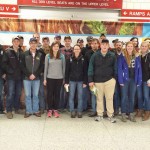 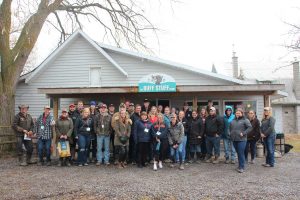 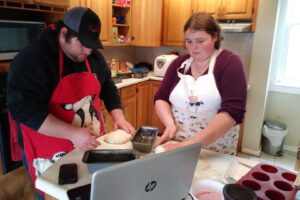 A Hoot and A Half from Home – March Conference 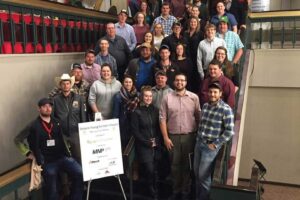