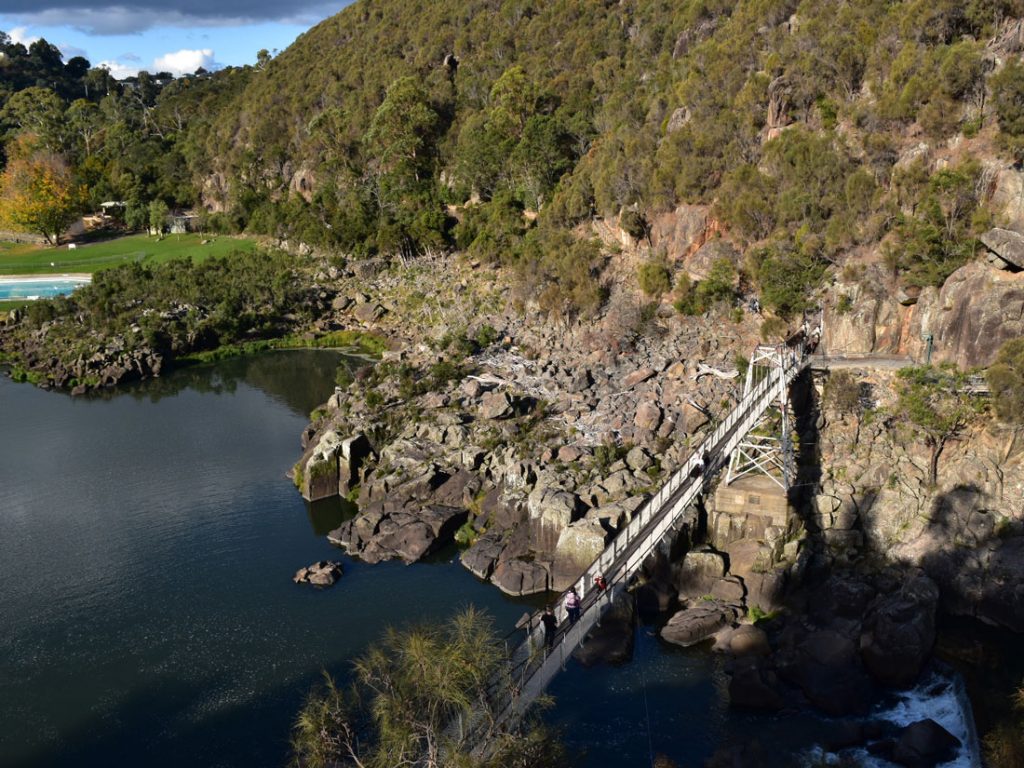 After the chaos of agfest week, I was feeling excited to see more of the country side. And thanks to my next host family, the Harveys, that was about to happen.

After a Monday morning of lifting and loading exhibitors at agfest, Jackie came to pick me up and took me to her family’s place in the countryside which neighboured Launceston. After the short 10 minute ride from Quercus park, we arrived and after a quick settle in and a few housekeeping things we set off to see a bit of Launceston in the evening. The drive took us to Penny Royal, and the main attraction there was 2 zip lines and a free fall rope. Both which were set into the cliff overlooking the city and the bay, with a stunning view in the early evening, sadly I didn’t use my camera for fear of dropping it, but I wish I could have.

The next day was just as much fun, Jackie had to work so I got to ride along with her father Bruce and his water delivery business. It was amazing how much of a different perspective and insight I got from riding with a local in a large truck through the country side. When we got back that evening’s events were something that I wasn’t expecting, in the that the few volunteers still left at Quercus park came into the city and we all went on a guided ghost tour of the town, and if anyone goes to Launceston I would highly recommend going as well.

On the Wednesday we went in a different direction and went to the north west of the island and headed into the countryside to see some of the sights. The first stop was a honey farm, that specializes in leatherwood honey which has a very distinctive taste and only comes from Tasmania. From there we continued up the road past a town called Deloraine to the King Solomon’s caves and toured the beautiful caves and formations there. The next stop in the days journey was up the road a bit further to see the seaport of Devonport where the large ferry from the main land docks.

Thursday once again saw me riding in the water delivery truck, but this time in a different direction, but the end result was still the same much of the countryside seen. And then that night I got to watch my first Aussie rules football game at the local level as Jackie plays in a local team. I think after watching a game I just about have the grasp of the game, but still looks like a fair bit of chaos.

Friday was a day spent in and around Launceston. The morning was spent at the zoo where we got to walk with kangaroos and many other furry creatures. From there, we carried on to the rest of the downtown and had a chance to see more of the city.

Saturday also was a Launceston day, but a very different side. We hiked along the beautiful gorge that cuts through part of the city and has some amazing views along its paths. Sadly that was to be my last day in Launceston for the time being. The next day I said my farewells and I moved down the state to the Kinborough-Huon club. Stay tuned for my adventures with their club in my next post.