The next post will be a difficult one for me to write only in that there is so much feeling and experience to condense into written form, but I shall try to anyway.

From the relative peace and relaxation from my first week I had little idea of what I was walking into at agfest as an exchangee. I arrived late on the Thursday night with less than a week before the official kickoff for agfest. After the evening meal on site at the bunk house it was time to meet the new faces and cast of characters I was going to be working with for the next week and a half. And as I got to know them I came to a realization, we have the same people and personalities back at home. Right down to the leadership and work styles. This was going to be a fun week.

For agfest to run successfully there is mountains of work to be done beforehand. I was walking into a site that had already been in progress for well over a month. My first day onsite for agfest involved many different yet similar things to what I am used to in my usual working and farming routine (eg. machinery work, planning and plain old manual labor). After the safety induction and equipment safety training it was right to work getting dirty with the rest of the crews. The first days job involved clearing an area of topsoil and mulch and then laying a layer of gravel and packing and leveling it for a picnic area. The area was large and thick enough that it took another day to complete after working into the late hours of the night. From there jobs continued much in the same vein as myself and the other exchangee from Wales 5 (George

Before we knew it the big day was there, and on the eve of the main event we were given our tasks for the next few days during agfest. The job I was given was parking in the east car park. Which thanks to its location and the great crew we had on that spot, parking turned out to be a great time even when the mornings dawned very frosty and foggy. the secret to staying warm and engaged as it turned out was song, dance and running commentary.

Once the park was full each day we were then given a bit of time to wander the site and see the various sights. The event is somewhat difficult to describe as there isn’t an event quite like it back home.

The closest I can compare it to is a mix of The Outdoor Farm Show and the International Ploughing Match, but with 10x the energy. The effect was even more evident when thanks to the generosity of another volunteer, the three of us exchangees were taken up in a helicopter tour of the site and we got to see the fruits of our labours from the past week from the air.

After three days of frenzy, we finally all got a chance to unwind on Saturday night, after all the visitors and vendors had gone. The lights went out and the celebration dance began. I called it a night at 3:30 am, but there was souls still going at that point. The live band was enjoyed by all and I even had a chance to teach some two step lessons which went over quite well considering I hardly considered myself a qualified teacher.

Sadly however all good things must come to an end and as Sunday and into Monday came around the take down began. While putting in a few more hours of work while waiting for my ride, I harnessed my inner loading and lifting skills helping load the vendors for their return trip home.

It was a bittersweet moment watching all of those truck leave. It almost seems like I may have to comeback again for another agfest some year.

Next week stay tuned for my adventures around Launceston with The Harvey family. 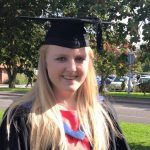 Excited About the Summer Ahead 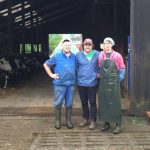