A Month in England – Victoria Kyle 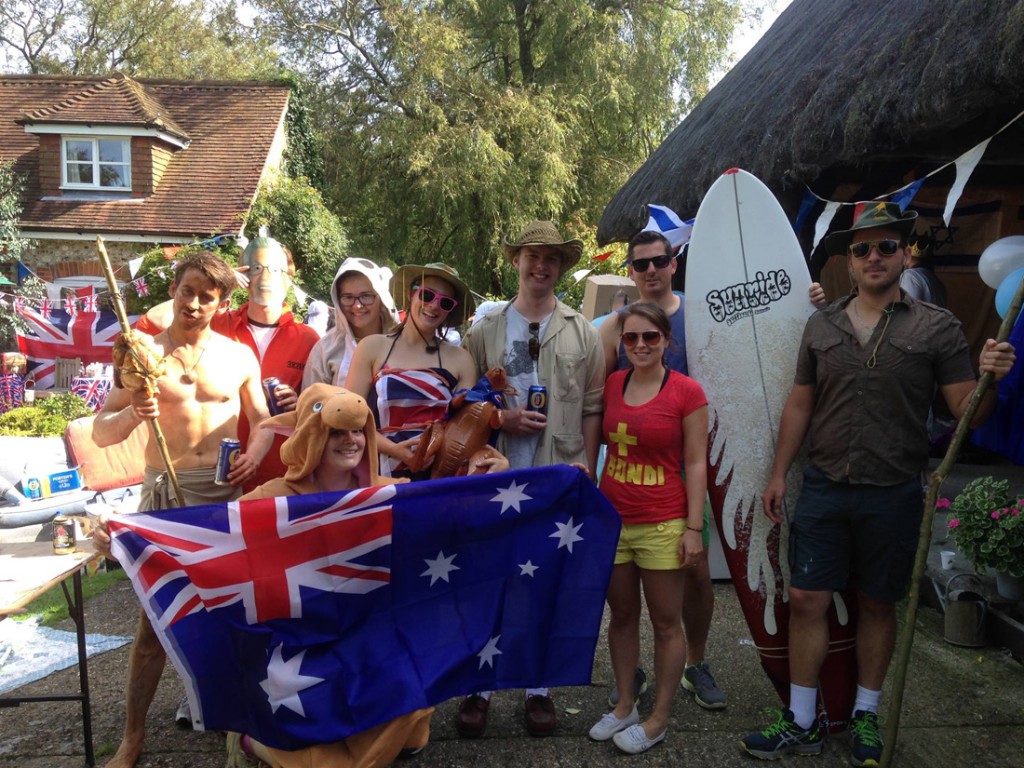 I flew into Manchester airport on July 27 and took a train to meet my next host Emma Littlewood from Kent Estuary club in Cumbria. On Tuesday I toured around the countryside and nearest town Kendal with Emma’s brother Ben. On  Wednesday I went to the Ulverston show, where I was able to watch a dairy show and even see some Dexter cattle. On Thursday I went on a farm tour and was even able to practice working with a sheep dog. I also got to go to a local sports day with a special type of traditional wrestling called Cumberland wrestling. Friday I got to spend the day on another farm and helped with milking. On the weekend I visited Hadrain’s wall, a Roman wall originally separating England and Scotland and got a tour of a farm/farm shop.

Monday August 3rd I set off for my next host family, who lived in south Yorkshire but were a part of Derbyshire young farmers. My host dad Mark drove a lorry, so I got to go out with him one morning. We toured Chatsworth, an estate home to the Duke and Duchess of Devonshire. It was also here that I had my first afternoon tea (sandwiches, scones and cakes with tea)! I also spent a day touring York with my host mom Kathryn. On Thursday Kathryn and I headed to Birmingham for Europe’s largest quilt show- what an experience! On Friday evening I got to go to the races- the Greyhound races that is! Saturday was spent with my host family in Whitby, a beautiful seaside town. Sunday my host Rose and I went to a farm that makes their own ice cream!

Getting to my next host family by train included a journey on the tube (subway) in London, as trains only go into and out of London, not through it! Luckily I arrived safely in Yeovil, where my next host Carmel picked me up. We spent our first day together at Monkey World, a primate rescue centre. I visited many of the small towns in Dorset this week, with Carmel giving a great amount of history and facts about each town! We got to go to a farm shop for breakfast one morning, and in the evening went to West Bay (another great seaside town) with some other young farmers. I also got to Swanage and Weymouth, but the weather was quite poor so we didn’t stay for long. Saturday we went to Lyme Regis, yet another beautiful seaside town! Luckily the weather was gorgeous so we were able to get a walk on the beach in!

On August 17 I headed to my final (!!) host family of my trip, located in Oxfordshire. Isobel (Abingdon Young Farmers) picked me up from the train station and hosted a barbeque that night so that I could meet some of the other members of her club. I spent Tuesday with Amber, who works for Oxfordshire Young Farmers. She took me hiking on the hills in the area and for a drive in her 1978 MGB Roadster! On Wednesday I went to London, where I got to see several of the famous sights, including a changing of the guard at Buckingham Palace! Thursday I got to spend in Oxford, with visits to Oxford University and a couple awesome (and free) museums. On Friday my host mom Judith took me to her work, the Jealott’s Hill Syngenta Research Station. It was fascinating seeing all the parts of the research there, from a formulations robot to insects to microscopes. The weekend was spent down in Hampshire, where I took part in a “Village Olympics”. I was part of team Australia and we played all sorts of games throughout the day, from volleyball to ultimate Frisbee to slip n slide! On Sunday I got to tour a winery that makes sparkling wine. Monday was spent in Henley and Marlow. Tuesday and Wednesday I spent with the Witney Young Farmers, where I toured a hatchery, explored the town of Burford and went for high tea!

Overall I had a great time in England and met so many friendly people. I can’t believe this brings my exchange to an end! Thanks JFAO for allowing me to go on this trip of a lifetime!