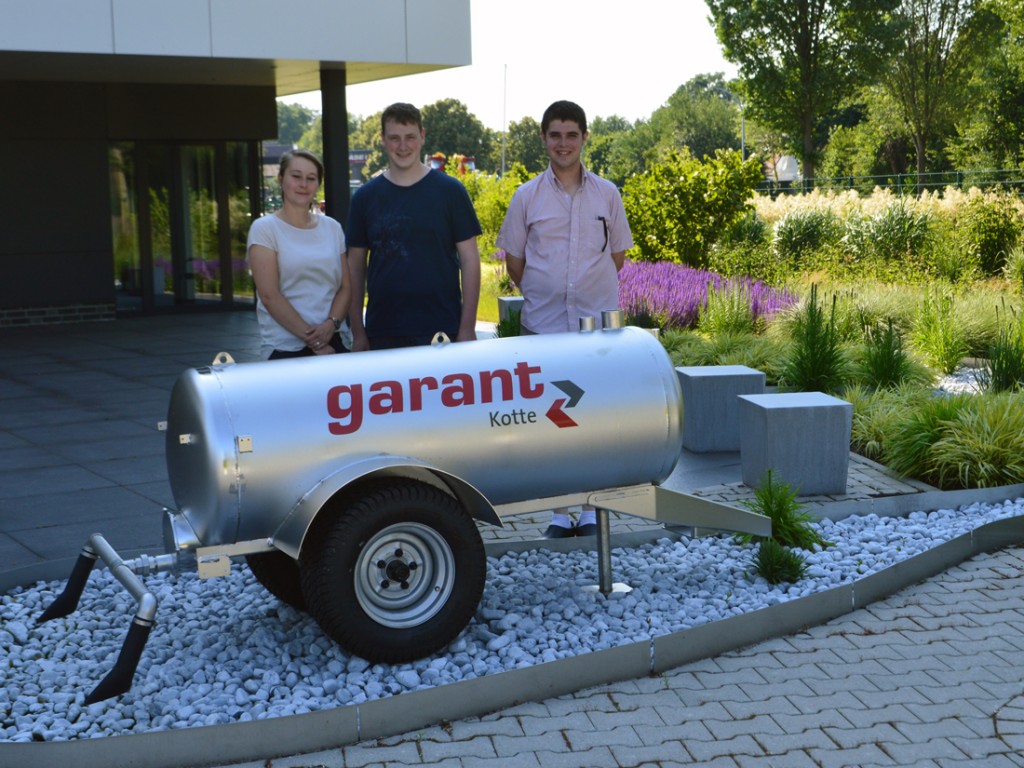 This year I was the lucky recipient of the German exchange through JFAO. I departed on June 8th and landed in Amsterdam. I thought I’d see a bit more of the countryside and took a train through Holland. That alone was an excellent experience. I was quite impressed with the Dutch countryside. It was immaculate. Everyone was very friendly and it was a nice start to my trip.

I crossed the border near Leer and made my way to Oldenburg. There I met the exchange coordinator who took me in the first night. Oldenburg is a beautiful city and he and his family were most kind and welcoming. Oldenburg is a bicycle city, which took some getting used to. More than once I was standing where I shouldn’t have been. I was only there for a short time before I moved on to my first host.

My first stop was on a dairy farm in a village called Oldenbrok. There I stayed with a family who milked 180 cows on approximately 450 acres. Historically, the area around and north of Oldenburg towards the North Sea was a swamp. The Germans call it Moor. Because of this, the ground is usually quite soft and wet. It’s difficult for them to use heavy machinery and it’s difficult to grow more than their forage crops. Despite these difficulties they still make the most of what they have. The oldest daughter in the family was attending university for agriculture and I spent a day at school with her. After the lectures were through we went to the second largest Dairy in Europe on a class trip. It was a massive facility with a lot of impressive automation. Another day we spent building up a laneway through a field that was sinking into the wet. I really got a feel for the soil that day. On my last day we drove to Bremerhaven and went to a museum called Klimahaus, which means Climate House. It is a museum with exhibits imitating the climate, culture and environment of various points along the 8th degree of longitude. It was very interesting. It was a quick few days and I was on to my next host.

My next stop was a village called Masel. It’s a small village south of Uelzen and close to the old East-West border. There I stayed with a teenager and his family. They own a stable and they farm 200 acres. In a sharp contrast to the area around Oldenburg, 98% of the land in this area is irrigated. The land is very sandy and they have to irrigate. There are a lot of potatoes grown as well as sugar beets, wheat, barley, rye and triticale. They belong to a cooperative of farmers: 6 together farm 1400 acres. It works well to their mutual advantage as they collectively own some very nice equipment. I spent most of the time at this place greasing and oiling wagons with their mechanic. We made a trip to Hamburg to see the docks. That was an impressive sight. They call Hamburg the gateway to Europe. We took a boat tour of the docks and the largest container ship in the world was there being loaded. I can’t remember the number now but it carried tens of thousands of containers.

My third stop came by the city of Verden. I stayed with a man called Thore. He was quite a character and much needed comic relief after my prior week. He took me, his girlfriend and her siblings to an amusement park. I had never been on a proper rollercoaster prior to this. He thought it was befitting that I go first on a roller coaster that bursts from 0 to 100 km/h in 2 seconds. After which was a coaster that went up 200 meters and dropped at a 60 degree inclination. Admittedly I did enjoy myself, but it was also a punishing experience. Thore’s family milks 93 cows in a very quiet, beautiful area. I made an instant connection with them and they were very good hosts.

I had arranged to have some time to travel on my own at this point and had hopes of visiting Bavaria. In the end I decided not to waste 2 days sitting on the train. I travelled instead to Kiel, Hanover and Bremen. During this time I spent a couple of days with Jannika, who was with us in Ontario in 2012. It was an unscheduled stop but her and her father made me feel at home. At the end of my time I came back to Thore’s family and he brought me to my next host.

My next stop brought me close to the city of Osnabrück. The Menkhaus family raises bull calves that they buy from farmers in Southern Germany and they have 5 finishing barns for pigs. They use an automated feeding machine for the calves which mixes and feeds milk replacement and monitors the intake of each calf. During my stay I visited numerous farms in the area. The European Union abolished the milk quota this year, driving milk prices down. One farm built a milk stand that sits at the end of their driveway. For 1 euro/litre you could fill your own containers with whole milk. One dairy farm I visited told me that their milk cheque was going down 5000 euros every month. I got a sense of anxiety and worry on a lot of the dairy farms I visited. We visited an assembly plant for Liquid Manure tanks. The company has a close cooperation with Claas and assembles various tanks and attachments for Claas equipment. Manure tankers are almost all custom-built to suit the needs of each farmer. Some of the innovations were really interesting.

My last stop in Germany was in a village called Dötlingen. The father of the family owned a rendering plant that he had started. He also had a remote control helicopter business. Some of the helicopters were so big they needed radar clearance. What interested me most was his primary hobby, beekeeping. Being an amateur beekeeper, I was keen to learn whatever I could from him. He keeps over 100 colonies and has a store out of which he sells equipment and supplies to other beekeepers. Most interestingly though was his practice of breeding queen bees artificially. We visited a bio gas station where they had 4 of digesters producing gas. On my last day we drove to Braunschweig to visit the Grotian Steinweg and Schimmel piano factories. I am a piano technician and this was a very fitting last day in Germany. I arrived home on July 9th after a very uneventful trip home.

I had a very good time in Germany and learned a great deal. I would highly recommend this exchange to anyone who might be interested in visiting Germany. I would like to take this chance to express my thanks to Junior Farmers for making this opportunity available.

Graydon Bowman is a Durham East Junior Farmer. If his story inspired you apply for a JFAO exchange, contact the Executive Director of Community and International Programming, Jen van der Meulen, at cip@jfao.on.ca.