Here I was with a single, small backpack in tow, my JFAO badge on the back and my Farmers Feed Cities pin attached to the side. I was traveling in style, but with very little possessions, as I am Dutch and thrifty, so paying for checked baggage was not an option. I prayed for warm weather so my 10 light outfits would suffice. They did!

While on the phone to another PEI Young Farmer, my first host says “She must not wear any underwear or have any shoes with her, but yes she is here with a bag and a smile!” I laughed uncontrollably. Of course, not thinking, one of the pairs of sandals I brought were extremely white…now they are red from the distinctive PEI dirt.

Light conversation doesn’t come easy to me and I can be quite nervous and awkward in new situations, so despite being shy and quiet at times, I endured and was able to learn so much about this little island and its various farming commodities. Dairy is not a prominent sector in PEI due to the costs associated with being on an island, but it seemed that many other farmers had a large mix of cash crop, chickens and beef cattle. Yes, there were many potato farmers and many types of potatoes and equipment to boot. Also, the numerous storage sheds that were constructed for produce and equipment were exceptional. I asked questions and other times said nothing at all, both important concepts when learning about something new!

Some of my greatest experiences were quite effortless and unexpected. Being able to sample fine, local foods in the kitchen of The Inn at Bay Fortune, where Chef Michael Smith is the owner, was a unique occurrence. I was able to help harvest the gardens and bring the produce to the kitchen for the chefs and hands to prep for the meals to follow. This same couple, that manages the gardens at the Inn, have their own farm in central PEI and I spent some time with their daughter Olivia, setting up the road side stand. She was sweet and we (literally) frolicked through the long grass as we waited for customers. It reminded me how one’s own imagination is enough sometimes and we could have fun outside with nothing but ourselves! She picked flowers and put them in my hair and I felt slightly like Anne of Green Gables when she ventured through their fields in Avonlea. Oh to be ten years old again…

I spent an evening at the beginning of my journey, harvesting Wild and Highbush blueberries and putting them in pints to sell. It was quite relaxing and I was all smiles until I realized my neck was gushing with blood. Black flies in PEI must be different than black flies in Ontario and I learned the hard way. Of course they went for fresh blood and the end result was not pretty…a genocide on my neck. I figured I was just systematically killing regular old mosquitoes and I would wash off the evidence later, but my neck and chest were left with huge, red, swollen blobs, which left me looking like I had a bad case of chicken pox. Furthermore, I was not very excited to meet new people looking like a diseased tourist from Ontario. The result of the bloodsucking black flies was my least favourite part, but on the bright side, it could have been worse!

There were moments from different days I liked equally: like swimming in the sea salt at Bay Fortune, the eastern part of PEI and washing the hot day away; lobster dinner and ice cream on my last day with Jeremy and his children; having incredible home-cooked meals with Chiel and Anne Marie and walking through their fields taking pictures; going out on a crazy New Zealander’s fishing boat one afternoon on a perfect day; attending the Old Home Week Parade and sitting on the sidelines cheering as the floats went by boasting maritime pride; and having a barbecue, fresh mussels, beverages and a bonfire with some of the PEI Young Farmers, most of whom I had met previously through Junior Farmers, at the Canadian Young Farmers’ Forums over the years from coast to coast. However, I believe my favourite day was spent with Pat, when we took the Northumberland Bay Ferries across to Nova Scotia. The purpose of taking the ferry was not an exciting one at all…Pat needed loads of gravel from a quarry in Nova Scotia and a couple trips to and fro did the trick. It is not every day I sit in an 18 wheeler and venture across water to another province. There is lots of time to waste when waiting to load the vehicles and for the ferry to go and come back, so it was nice to walk around, chat and sit looking out at the beautiful scenery. I enjoyed the evening back at his shop/farm, where he spread the gravel, unloaded harvested wheat in the grain bin and finished up other odds and ends jobs before we headed home to make a late dinner. I was helpful with dinner…but at the shop, not so much. It is influential and somewhat intriguing to see other successful young farmers and Pat is extremely successful in his agricultural business adventures and management skills, so I must say I was a little in awe.

My flight home was bittersweet. I wondered most of my way home if the Islanders know how lucky they are. They seemed to live everyday on their own schedule. They all work hard, but appear to enjoy what they do more than we do over here in Ontario. I noticed a slower pace, but not in a lazy manner, just in a less westernized go go go way. The island and people are so beautiful inside and out and this simple aesthetic is something I strive for everyday at home, but at home it goes unnoticed because societies built up around large cities have become very materialistic. I don’t mean to criticize Ontario, but rather wish that like PEI, we could take a step back from our technology crazed, fast-paced world and stop to smell the roses (or the Lady’s Slipper Orchid, as PEI would have it).

Numerous farmers I met have moved from other countries or are in their “twenty somethings” or early thirties. They own or manage large amounts of property and are building upon successful agricultural practices. It’s not that they’ve done anything remarkable, really. It’s just that a lot of young farmers I have met have done something remarkable for their age. There is a significant distinction there, but an important one. They definitely have goals and ambition and the power of motivation is much more alive when you are young. I observed a lot while in PEI and it seems like the superior elders really like ambitious young people. There is something truly rewarding about helping an ambitious young person achieve their goals. I think a lot of it has to do with “I see myself in their shoes…” or “If only I had started back then!” Many of them, I learned and listened, have had help from parents and elders just like myself. Whatever the reason, it is fascinating and powerful. Those PEI Young Farmers I spent time with have built relationships with the older investors and farmers who have come before us and graduated from the “school of hard knocks.” Their failures and successes can and have helped us with our own.

I want to do something remarkable at my age. Buying property in PEI is very tempting and a great asset due to the lower land prices and tourism four-six months of the year. I want to be an Islander or a “come-from-away” person as they would call it, but if I can’t I want to at least invest in property at one of the best places I have ever been to! Being there reminds me of how simple and beautiful life can be – if we choose to see it that way.

Claire Francis (Bunnik) is a Kawartha Junior Farmer and the Past-President of JFAO. For more information or to apply for an exchange, email the Executive Director of Community and International Programs at cip@jfao.on.ca. 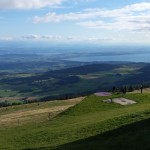 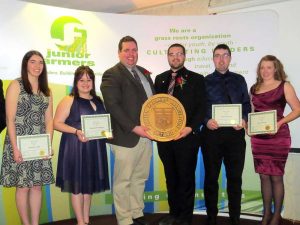 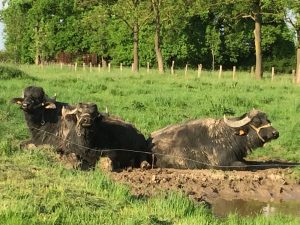 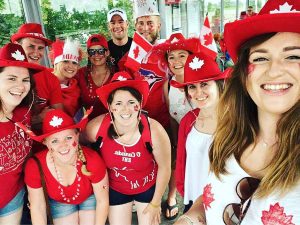