On May 22nd our first two international delegates arrived with Gillian Stewart from Scotland and Lisa Walsh from the Republic of Ireland. After only a slight detour and traffic jam they arrived at their first host in Peel County. Carolin Westerkamp and Beatrice Hadorn arrived on May 23rd to join the other two followed by an exciting week with Peel Junior Farmers!

The delegates went to all the major attractions in Toronto including the CN Tower, a Blue Jays game and the Toronto Zoo. They travelled up to Elora for the new Elora Dairy research barn open house and visited the Johnston’s Dairy barn in New Dundee as well as a few other farms including a mink farm and the Deboer Family Farm.

The delegates ended their first week with JFAO’s new All Ontario Judging Competition. The girls had a lot of fun and learned a lot about what judging in Ontario is all about! Gillian said she was used to judging animals at home but she had never had to give reasons before, as they only do that after you make it to a certain level, and they only judge livestock at home. Judging crops and plants was an entirely new experience. Lisa said she really enjoyed learning all the reasons behind selections and seeing how she was right or wrong. Beatrice was excited to have won “the best delegate” award.

The second week in zone 3 was also a busy and exciting week with the Wellington club! The final delegate, Christina Poganitsch of Austria arrived on May 31st in the wee hours of the morning. Luckily enough member Claire Johnston lives really close to the airport and was kind enough to pick her up and give her a place to sleep!

The girls started off the week with a local winery tour, and tried out the trampolines at Air You! There they discovered the challenge of getting out of the foam pit! They ended the night with a lot of laughs as they enjoyed some entertaining minute to win it games! They spent Monday in Elora touring the Beef Research Facility and the old Dairy Research Facility as well as exploring the gorge by repelling down the side of it! It was defiantly a face your fears kind of moment as you put your life in the hands of the instructor! They ended the day by touring the local racetrack. They received a behind the scenes tour and learned about the racing industry and what it all takes to run the races and they even got to ride in the start car on the track during one of the races. Tuesday was a break day where they still decided to visit me on my dairy farm, van der Meulen Dairy! Wednesday Wellington toured them to several farms including Rivers Edge, a goat dairy that produced their own goat cheese and milk, a new dairy barn with sand and three Lely robot s, a tie stall dairy, a fish farm and Woodland Carriage Company, which is a company that makes Mennonite buggy wheels! The delegates really enjoyed learning about the Mennonite culture and taking a ride in the buggy! The day ended with a car rally and a campfire. Thursday was spent at the Elora Fish Farm Research center, touring the DHI lab and finally they ended their day learning to line dance and ride a mechanical bull.

The week wrapped up with Leadership camp. Leadership camp was full of meeting new friends, learning new skills and swatting away pesky mosquitoes that seemed to be extra attracted to the Irish blood! A couple of highlights from the weekend were kayaking and capture the mascot! Video will be posted soon, so keep an eye on the Junior Farmer Facebook page!

When I asked what they liked the most about Zone 3 the highlights included repelling, kayaking, the mascots at leadership camp, harness racing, riding in the start car, sight seeing in Toronto , the blue Jays game and meeting new people.

The delegates have just arrived in Zone 2 so keep an eye out for them with Durham West, Peterborough and Kawartha over the next two weeks!

I would like to thank Claire Johnston and Casie Deboer of Peel and Katherine Clyne, Elbert Bouwman and Jess Nibourg of Wellington for hosting in Zone 3! You can learn so much from hosting a delegate! There is still plenty of opportunity to host this year by hosting one of the Welsh or Belgium delegates in November!! Contact me at [email protected] for hosting opportunities or to discover how you can have a unique travel experience through JFAO! 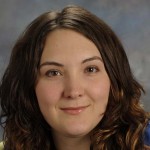 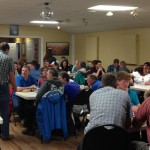