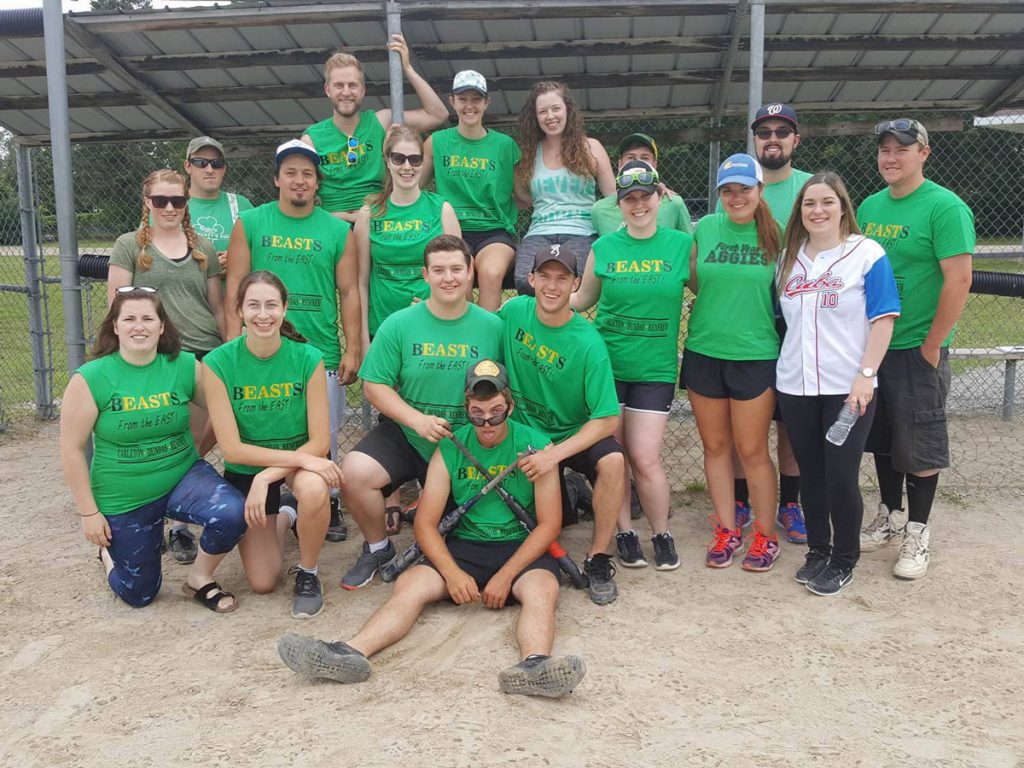 Things haven’t slowed down much in Renfrew County. July saw our club say goodbye to the delegates, as we sent them on their break week & we started to prepare for the end of summer fair season. Before the fair season began we dusted off our ball gloves and bats for another Wasaga Beach ball tournament. The bEASTs from the EAST had a few new faces on the roster this year, but we still had a blast. While the win column remained empty for another year, we know it is definitely, maybe, could possibly be, in the cards next year, but if not, the beach doesn’t ask what your win/loss record is.

With August comes fair season in the Valley and this year was no different as our club got involved and helped out at our local fairs. In addition to helping with the gates at Beachburg Fair, we did our annual
50/50 draw and derby ring cleanup at Cobden Fair. It wouldn’t be a true Labour Day weekend without Shawville Fair, so as most of our members prepared for the start of school, others made it out to Shawville to see Dean Brody with a couple of our friends from the south. With the first week of school, comes our last local fair and the annual 4H livestock auction at Renfrew Fair. Quite a few of our club members had success at the sale, after a long weekend of showing.

September brings with it our annual Renfrew County Plowing Match, that this year was hosted by Mel and Lynne Langton. We were happy to be involved again this year, helping out with the gate and having our own booth. It made for a fun day of talking to neighbours, friends and alumni from around the Valley.

In addition, September has also seen a lot more planning for our club than in years past, as our club prepares for our 2nd annual food booth at Taste of the Valley in Cobden and we work on the final plans for Autumn Profile, which we are hosting on October 21. The club has been overwhelmed by the support we have received from alumni and local businesses as we prepare for this year’s Autumn Profile and we can’t wait to show you what we have planned!!! Don’t forget to Channel your Flannel.