Our Summer Adventure has Come to an End-The Summer Delegates 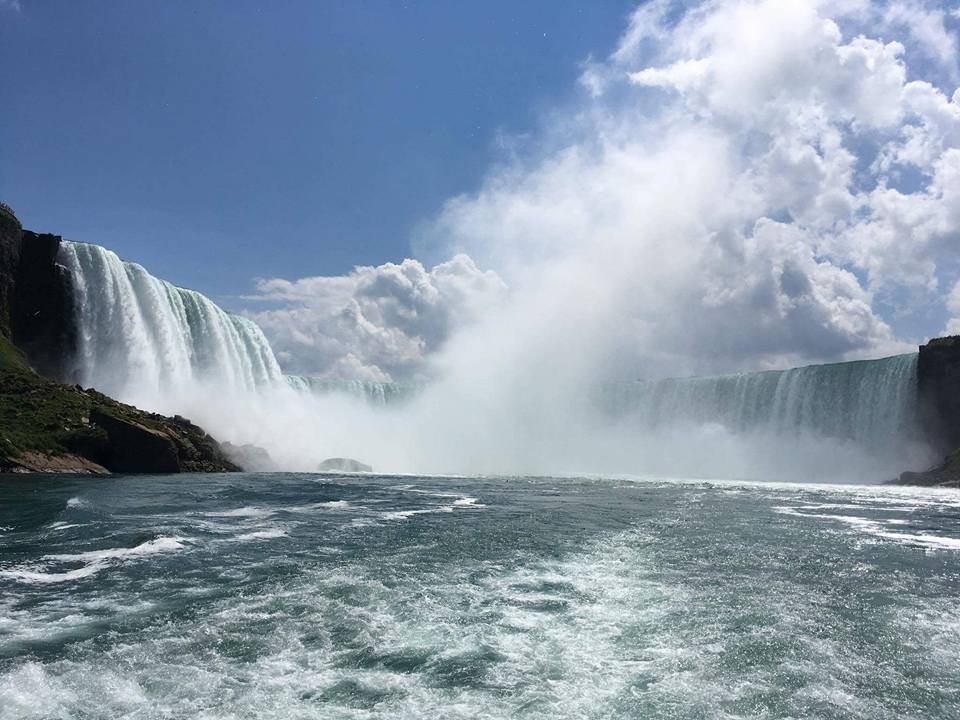 Wow! These last four weeks have flown by, not to mention the last three months!

In Middlesex county they took a trip to the pioneer village which was extra special, as it was based on an Irish settlement. We thoroughly enjoyed their tour round the Ice factory and a sunny day at Grand Bend, where Heather and Jr got Canadian tattoos. They then treated themselves to some more Kawartha Ice Cream. Our next hosts were in Huron. They were blown away at their tour of Hensall District Co-op, by the 300,000 tonne of storage and $700 million in exports. One of the highlights of their trip was their sightseeing tour in Oliver’s plane. The skies were so clear. It was an amazing experience.

Their next hosts were Perth County, where they ate a lot of chocolate at Rheo Thompson and saw every process at Greens Meats. They were lucky enough to watch an emergency kill while they were there. They then had some steaks that same night! They also got to see a herd of Canadian Galloways and blew up a washing machine – something very different. Grey county took the delegates to Tobermory and out to flowerpot island and they enjoyed plenty of hiking.

They ended the week at the golf tournament. What they lacked in Golfing enthusiasm, they made up in drinking.

They then headed to Wentworth-Niagara and Haldimand Norfolk, where they spent the day at Niagara Falls, which they had been waiting to see all summer and it did not dissapoint. They also learned about Community Supported Agriculture with Sarah Judd. They all agreed this was a great idea and hope to see more of it.

Saturday was the day of our Banquet. A great night in a great venue and a nice opportunity to say a final thank you and farewell to everyone.

The last week was a chilled week with a movie day, farmers market and a day at African Lion Safari with Waterloo.

With sad farewells they all parted ways to start their new adventures.
This summer has been truly unforgettable. Meeting both young males and females in the agriculture industry in Canada has been inspiring and I’m sure they have all taken some new ideas home.
All the JF families have been so welcoming to us and they can’t thank everyone enough. They promise they will be back!