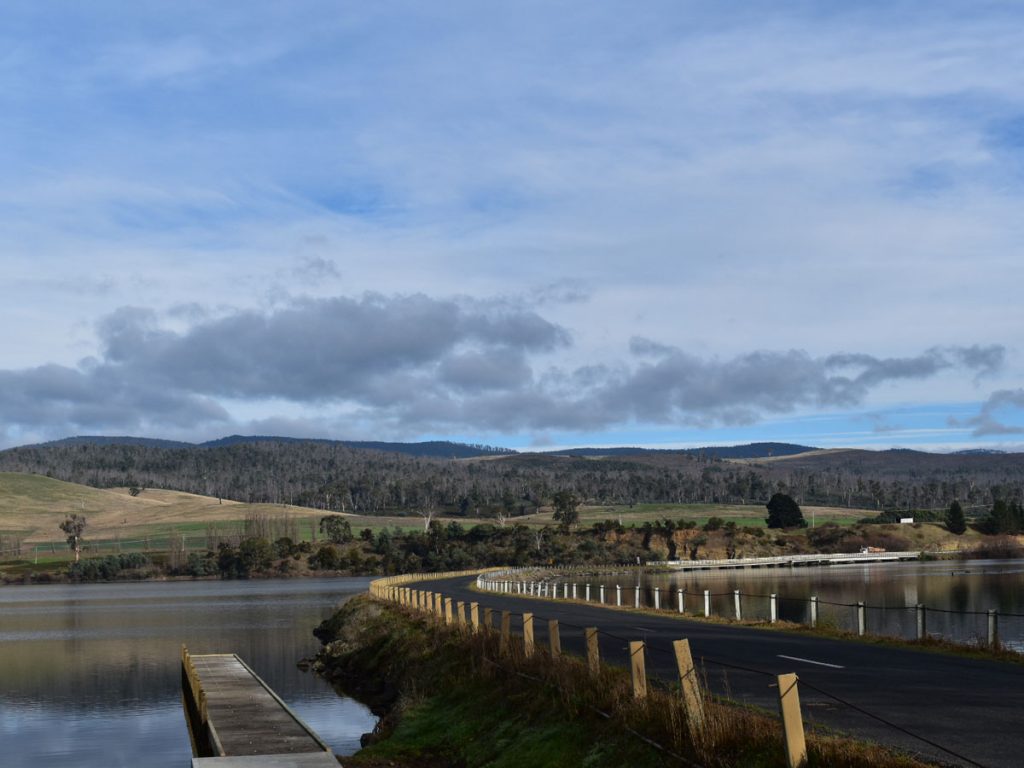 After a fun few weeks spent in and around the more urban areas of Tasmania, the next few weeks were going to be spent out in the more remote areas and the farm lands. My next stop was to the Bayles family farm. They run a mixed farming operation on approx 6,000 acres of mixed pivot irrigation and standard land for crops, cattle and sheep. I wasn’t even there more than an hour and already I was asked if I wanted to help with a task, in the spirit of exchanges I said yes and then spent the next few hours knocking the rust off of my dairy skills and helped dry off dairy cows and performing some associated chores.

The Monday started with myself and George (the Welsh delegate) hopping into a vehicle with a wool purchaser and heading off to see and help at a few Merino sheep farms and studs. We got to try our hand at most of the various tasks associated with Merino shearing which is far different from what shearing is like on a meat sheep only farm.

Tuesday dawned with even more sheep things to be done. It was time to crutch (shear the rear end) a small mob of mixed breed sheep prior to being shipped to the abattoir. It went very quickly with with three people on the shears and the remainder helping either round up sheep, clean the wool or tag the rest.

The next few days went by pretty fast with many trips to the abattoir delivering loads of sheep to them for processing, trips to town for various farm supplies, a funeral in the one morning, trips to inspect prospective lambs and a trip to the east to a butcher to pickup some pigs.

Friday dawned a great day for the Campbelltown show, we spent most of the day there watching the shearing competitions, sorting and wool handling, and the stock judging classes. It was fun watching how different the judgement criteria was when it was based around a wool animal instead of just a plain meat sheep. The remainder of our time was spent wandering the show to see the rest of the various events and see the vendors.

Saturday saw us returning to the show once again, but this time to see and help with some of the rural youth run events there. The main event they were running, was a dog high jump competition and a Ute (truck) show. It was pretty incredible to see how high some of the dogs could jump from either a standing start or running jump.

The weather the following day on Sunday wasn’t very pleasant at first as it was very thick fog and we all considered putting off our plans for going up to the mountain to see the highlands and the wall. However luckily we didn’t and were rewarded with some great views as we broke though the fog up the mountain track. The views were great all along the roads through the central highlands and we got the experience a great attraction at the wall. The wall is a 100 panel (4′ x 10′) wood carving of incredible detail, done over the course of 7 years by one man. Sadly pictures can’t do the detail justice, and you aren’t allowed to take pictures in the gallery either. It truly is something you have to see to believe. From there we continued back down the highlands and left via another route down through Deloraine on our way back to Cressy.

The past week had definitely been a great time. Stay tuned for next week for part 2 in Cressy.